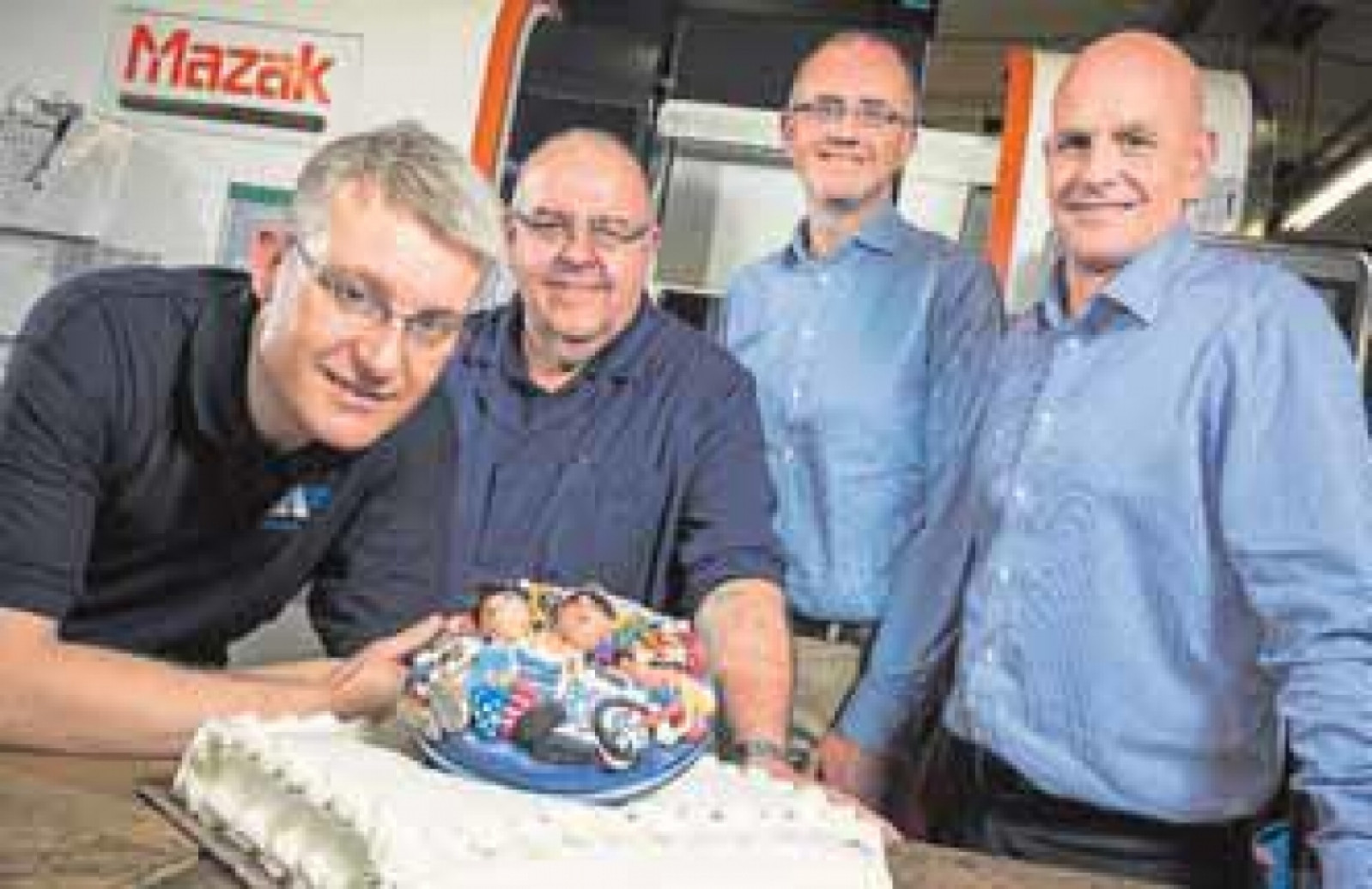 One year on from a management buyout, Birminghams AE Aerospace is a soaring success having been successfully turned around into a profitable business which has already made one acquisition and is seeking more.

The new management has already doubled group sales to £3 million and is looking to triple revenues this year after investing more than £300,000 in the business with support from Lloyds Bank Commercial Finance.

That has included refitting the offices and installing new machinery in a move to boost the firms capability, capacity, quality and efficiency. In November, AE acquired Dudley-based machinist Andover Precision, which specialises in manufacturing components for marine and power generation applications, as well as a small amount of aerospace work.

Andover has also seen early success in its turnaround strategy, with around ten new jobs now set to be created.

Peter Bruch said: Andovers markets are very stable so the acquisition helps spread our exposure across different sectors. We are expecting that part of the business to grow even faster than AE has. We will be looking to make more acquisitions in the West Midlands are seeking businesses that can further increase our capability

We are also hoping to persuade some of our customers that have off-shored elements of their supply chain to bring them back to the UK. If we have a long-term agreement we can match the prices charged by the competition in low-cost countries

The group has been supported with a £600,000 facility from Lloyds Bank Commercial Finance. Client Manager Andrew Collett said: The group has a dynamic management team that has proved it can spot and turn around viable businesses and the aerospace sector is going through a period of sustained growth. A facility like this is a useful tool for a fast-growing business like AE Aerospace as it can grow with the firm while it continues to expand.

Peter Bruch continued that AE, which makes everything from washers, nuts and bolts to gearbox castings costing thousands of pounds, is benefitting from a super-cycle of growth affecting the entire aviation sector, which he believes could continue for at least ten years, while the firm has also grown market share.

Customers include UTC, Moog, Rolls Royce, Bombardier 95 per cent UK sales and 99 per cent of its output is components for military and passenger aeroplanes, including the Boeing 787 and Airbus A320.

Birmingham-based AE was facing closure when it was acquired in January 2014 by a management team led by turnaround specialist Peter Bruch. Staff numbers have almost doubled since, from 24 to 40.

He said: AE was facing closure as the previous owner hadnt been able to secure a trade sale, but I knew there was an opportunity there because the company had a great team of people and a blue-chip customer base. We knew the market and we knew what was possible.